Just yesterday I and some of my work colleagues conducted a social experiment in our company’s lobby (which often doubles as a social space). The experiment consisted of one simple question: “What do you think of when I say the name Uncle Jesse?” If you were Gen X like myself you would instantly respond with Dukes of Hazzard. If you were a Millennial you invariably answered Full House. The consistent, generational difference was really eye opening if for no other reason it reaffirms the idea that I am getting older (I’m actually only 45 but you get where I’m going). One young team member, having realized what she’d done by essentially carbon dating me tried to make up for it by explaining how she and her dad used to watch Green Acres when she was a kid. It’s no sin. In fact, maturing comes with a lot of plusses – not the least of which is hindsight.

It’s this hindsight that has always made me leery of companies like Snap. Since graduating from college I have lived through two technology sector pullbacks (including the dot com bust which was epic) and one massive financial services sector implosion which essentially nuked everything in sight including the technology sector and the consistent thread has always been ridiculous businesses or products everyone thought were brilliant until such time as they turned out to be the opposite. It’s no surprise I would look at Snap’s initial service offering and wonder out loud how this was a business – oceans of eyeballs or not. Snap Spectacles didn’t do anything to help this. Full disclosure, I may not have been the person who thought up the term Glasshole, but I was easily one of the first to use it. The idea was flimsy, the executives were barely out of school and social media isn’t a kid any more. While this may sound curmudgeonly I’ve not been alone and Snap’s share price hasn’t been helping. Recent headlines read like pack of wolves circling a wounded deer.

David Butler captured what heretofore have been my exact thoughts in his recent Seeking Alpha post “Snap Inc., Where Are the Users?”

“Snap inc. (NYSE:SNAP), the company behind Snapchat, has been a brutal reminder about the silliness of some tech stocks. It’s a prime example of “Twitter fever”. My reference is obviously to the overvalued Twitter (NYSE:TWTR) IPO that has yielded zippo profits to anyone.”

But as of this morning I am beginning to change my mind thanks in large part to Digiday’s 06.08 post – “I want my SnapTV: Snapchat’s move into show business shows early promise…”

The lead in to the article spells it out nicely….

“With 11 cable TV channels across the globe, including A&E, History and Lifetime, A+E Networks is best known for TV shows including “Bates Motel,” “Pawn Stars” and “Project Runway.” But young people who are more used to watching stuff on their smartphones than on TV might be more likely to know A+E for another show, “Second Chance,” which just completed its first season on Snapchat.”

Making A&E interesting to a younger audience is one thing. And it could very well be a blip. But more impressive were the most recent results of SnapTV:

Snap has actually exercised incredibly shrewd business acumen by shifting their treasure trove of eyeballs into the one domain where it’s been demonstrated to be a viable business AND a competitive market – television. Snap has not only pivoted in an unexpected way which should put everyone at Facebook, Twitter and Instagram on notice, but it’s also shown it understands markets and business and marketplace dynamics. Cord cutting is just getting started and the ascendance of a portfolio of network content originals ranging from Netflix to Amazon to Hulu means that Snap has the luxury of not being the first to walk through the door. The company can actually sit back and look at lessons learned from other new to the tv market entrants.

But that’s not really the best part. Snap owns something I thought was really dumb but turns out to be a killer app – the ephemeral nature of its content. I admit it. I thought the Snapchat disappearing act was really just a silly feature that made more sense for cloud storage management costs than anything else. But as it turns out, this element creates immediacy. It’s the anti-DVR. Not only do you want to watch the show, but you have to watch the show. 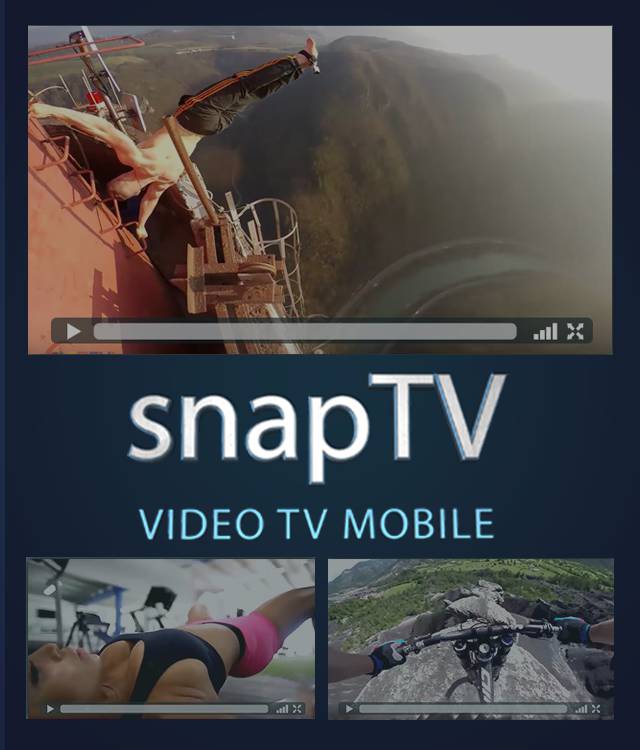 “The fact that episodes appear inside the exclusive Discover section of Snapchat, and disappear within 24 to 48 hours (thereby incentivizing people to watch), has helped them reach and retain viewers.”

By limiting availability and focusing on content that is super relevant to its core user base, Snap has actually managed to flip the script as it were (see how I just did that, puntastic).

I’m not saying Snap’s problems are over. Far from it. The company has to prove this new approach is a viable long-term business model. But anyone who’s doubted the company’s long-term business prospects should really reconsider. If this is how Snap management thinks, I have to say, I’m impressed.