Miles Gilbert, Senior Art Director: What was the first creative thought you had today?
Chris Wooster, Executive Creative Director: (Most) Every morning, I run. Without headphones. For years. It’s my purest and most productive thinking time of any day. When I have a specific brief, the run is working on that brief. I usually come home with at least two or three threads to work. When I don’t have a brief, it’s freestyle. Today was freestyle. I came up with two seeds to follow up on: a geo-enabled, chatbot style taco recommendation engine for Austin, to be launched at SXSW 2018. The other was also a chatbot, but built around a bar-hopping idea I’ve practiced professionally for years: “Hi/Lo Night,” where you begin drinking at a high-end cocktail joint (see: Midnight Cowboy) and end the night at a dive bar (see: Skylark Lounge). Make this into a ‘bot that builds Hi/Lo nights for you, on the fly.

MG: How do you think the presenting tech-focused creative (such as chatbots, AR experiences, and conversational interfaces) differs from presenting more traditional forms of creative to clients?
CW: It’s critical to remember that clients and their brands have KPIs and goals they have to answer to. If they fail to meet them, it’s bye bye budget for next year. Maybe worse. As such, ideas that push the curve of innovation will always feel scary unless we prove real value in them. If our VR/Chatbot/Augmented Bingo mashup wins awards but flops with consumers, we’ve failed everyone. So it’s vital to ensure the concept—regardless of technology—is on brand, on brief, and actually solves the problem the brand is trying to crack. No fucking around with “well, it’ll get buzz.” METRICS MATTER. In the old days, it was just about having them believe in a narrative people would pay attention for 30 seconds. Now, we have to persuade them the idea is smart, buildable, and will find its audience in a skeptical and hardened digital-first landscape. Anything less and we’ve wasted their time and budget.

MG: What’s one project from 5 or 10 years ago that you’d like to recreate on one of today’s current platforms? How would you change it?
CW: In 2008, T3 built a holiday campaign for UPS called the “UPS Regifter.” It was built on the idea of unloved holiday gifts (Thighmasters, fanny packs, etc.) that you could digitally send to another friend, as a token of your love. It was, in its day, hugely successful, with people using our microsite to email tacky gifts to a buddy. Fast forward to 2017, when social media is hardwired into our everyday. Think crowdsourcing. Think actual ordering and delivery fulfillment. Think Snapchat or ARKit.The idea was a win, but in retrospect was five years too early to be a blockbuster. I’d love to build Regifter 2.0. 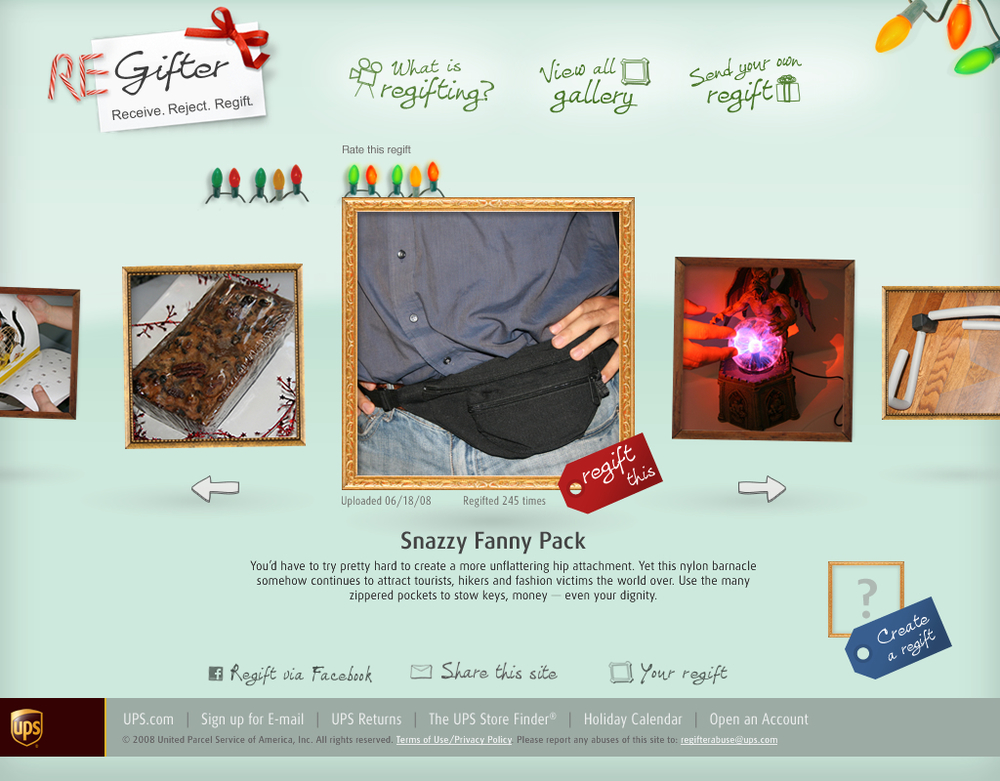 MG: I follow you on Twitter and see that you like to point out bad user experiences and user interfaces by tweeting directly at the company. How do you think social media has changed the way we do user research and the way companies interact with users?
CW: Consumers are now firmly tuned into the fact there’s an end-around on the old “complete this form and we’ll get back to you” model. Now, the gripes are public and shit has to be answered for in real time. I’m a consumer, too. And so when I get shitty UX, I call brands on it. There are a LOT of me’s out there, and we should listen well to the shouting masses. It’s a tough usability/focus group, but an honest one.

MG: Lately, I’ve been pretty down on technology—especially social media. From Facebook’s role in the 2016 presidential election to the endless stream of hot-take think pieces, it’s hard to get away from the notion that maybe technology isn’t making our lives better. What are some recent uses of technology that have made you smile?
CW: I feel you. And went zero dark on social media for about three months last year, during which I bought and began restoring a 1972 Ford pickup truck to keep me distracted, off in the gritty world of oil, steel, and 1970s “tech” (it worked!). 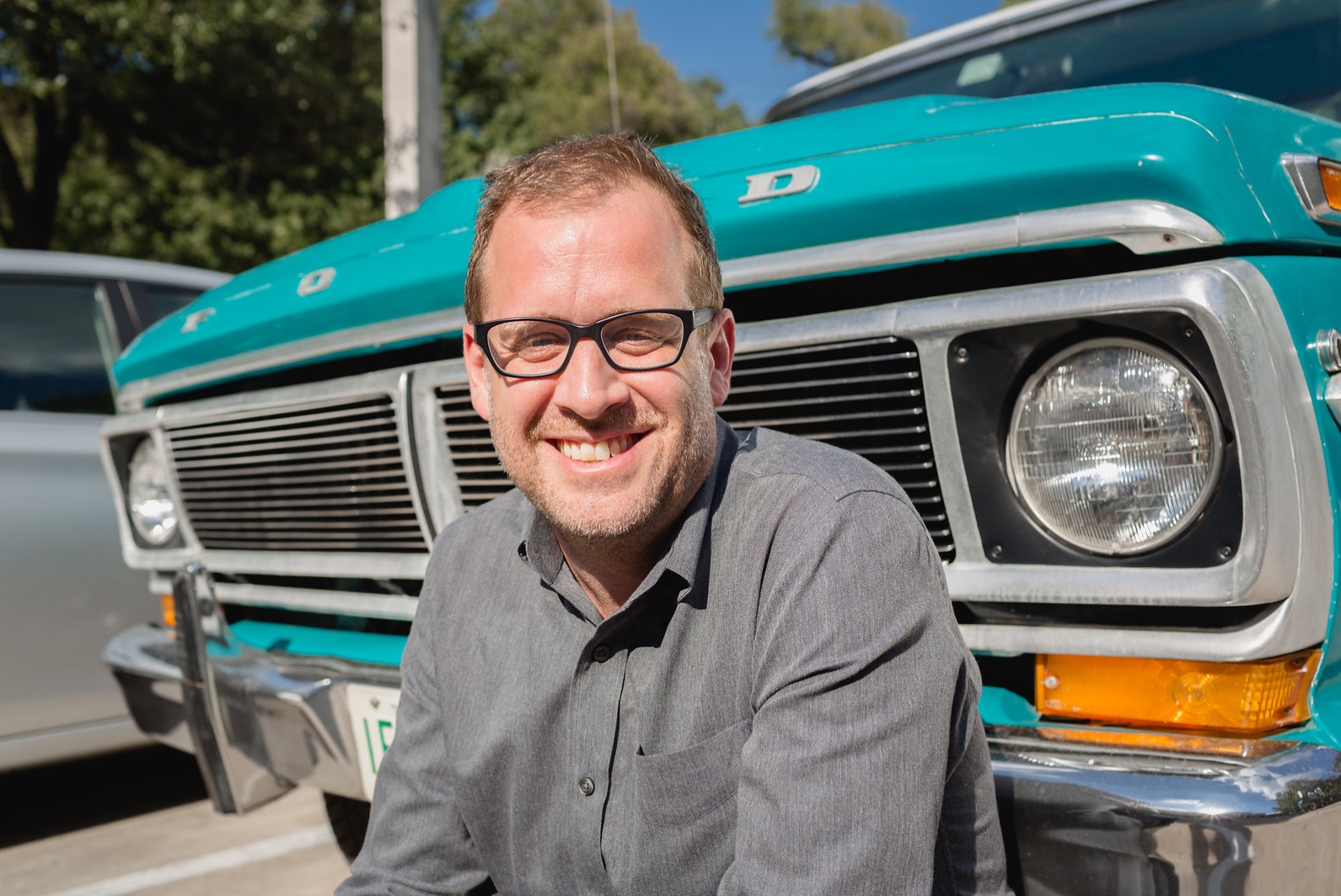 But I grew restless and began tinkering with home automation: Ecobee thermostats, August door locks, Flic buttons, Philips Hue and Lutron systems. My poor wife is so OVER our haphazardly automated home. The lightbulb moment was the Amazon Echo/Alexa, which provided a sun around which all these technologies could orbit. It was fun to hook stuff up to it and adjust my thermostat with my voice. But when my four-year-old daughter told “Echo, play Blondie” and started dancing to “Heart of Glass,” my swoon factor with technology went back off the charts. Watch global. Act local.

MG: One thing I really love about T3 is that creative ideas can come from anyone in the room, not just creatives. I think a lot of this has to do with the fact that the average agency person today is more well-versed in technology than someone working 10 years ago. Do you find this to be true? And how has it changed your creative process?
CW: Ten years ago, it was easy to dismiss progressive digital ideas with the kneecapping: “people just won’t GET it.” No longer. People are game and bored with shopworn and lazy digital games where the value exchange between brand and consumer is skewed. Now, things have to have REAL value: utility, genuine entertainment, and something that stimulates curiosity. There’s so much more clutter; you have to be respectful and original to really EARN attention. Half-hearted and derivative ideas that require “too much math” (my lingo for overinvestment of consumer time and attention) are fails right out of the gate. By that yardstick, we have to be SO much better than we used to be. If it’s truly wonderful, people are ready to play and will figure it out. And yes, I’m lucky to be surrounded by my agency peers who have skills I can’t begin to fathom.

MG: What’s one piece of dead technology—whether it be a platform, a product, or a tech company—that you think deserves another chance and why?
CW: I love that the beleaguered QR code is getting a second life with Apple’s new embrace in iOS 11. I always wondered why Apple didn’t introduce native support for them earlier. It’s still the very best way to fuse IRL to digital. Or it is until the next gen of Google Glasses and AR becomes something people understand; I’m thinking that’s around 2020. In the meantime, welcome back from being a punching bag, QR codes!

MG: What’s the riskiest piece of creative you’ve successfully pitched, sold, and built?
CW: In 2007, T3 pitched and built a campaign and concept for the U.S. Department of Education to encourage kids on limited means to consider a path to college (“I’m going.”). The goal was to get them to recognize that student aid was a means to an end they thought beyond them. The clients literally cried in the pitch meeting, during which we sold (then built) a site that had hard info fused with wild elements like a tool that would generate a poster you could print with reasons why “I’m going” to college. We launched a very successful promotion program on a then-untested platform called Facebook, where a lot of teens were hanging out at the time. We sensed it was all very smart, but it WAS progressive and risky. To this day, it’s the most important work I’ve done in my career, helping actual students find actual paths to actual colleges. I adore that 10 years later, I’m still also Facebook friends with many of the clients we worked with to launch that very ahead-of-its time dice roll of a tactic.

MG: Artificial intelligence is changing the way people work across so many industries, but creatives seem to be lagging behind in its adoption. If you could build a hypothetical AI that helped creatives produce great work, what would it do?
CW: I’m not buying (yet). I still believe in the fundamentally nimble, bendy, somersaulting, distracted, wandering-then-focused playfulness of the human brain to burp out things that a machine might otherwise reject as an error routine. The only thing I think that MIGHT address your challenge would be a ’bot that simply kept asking a creative over and over “okay, and then what?” until they smashed it to bits with a heavy shoe.

Human creativity is an exercise in persistence applied with passion. So far, ’bots have the persistence but lack the passion. But I’ve got my eye on them.

MG: As Executive Creative Director, you have a lot of power when it comes to process and resources at T3. What’s one thing you’re working to improve about T3 to help creatives do their best work every day?
CW: In a word: casting. CCOs and ECDs and others with self-important titles like mine must embrace that their greatest contribution is to ensure that the team of talent assembled in the building is up to the ambiguous and myriad challenges the agency’s brands will face, today and tomorrow. So whenever we get the luxury of adding a seat into the 50 some-odd “creatives” that make up our team, we make sure that seat is filled with someone who shares the love of problem-solving their soon-to-be-colleagues already have. I scour my network for leads, invest time interviewing people for “dream team” roles, and help tend the gates to ensure the people who wind up with “T3” on their business card are equal to the high standards of the creatives already here. They are truly ready to be a partner on day one. I’m proud of casting people like you who have elevated the overall scope and scale of what we can do together.

MG: T3 creatives work really closely with T3 developers. I’ve learned so much about technology from this tight-knit relationship. What’s something you’ve learned from our devs that has changed the way you work?
CW: T3’s highest awarded piece of creative ever is a piece of code: Trump & Dump. If that doesn’t reset your understanding of the new bar for success, you need to call your brother-in-law about that flooring job he’s dangled; your time in this business is finished. For 20 years now, I’ve said that developers are an extension of our creative process, and they themselves should be considered creative in every way. An underappreciated luxury of T3 is that we don’t offshore work: we build what we dream. But what we dream is enhanced and shaped by strong ties between UX/CS/Dev. I never get too deep into any idea without wondering what Michael Bucklin, Rick Locanto, or Josh Brewer will think of it. And I hope that none of our creatives will, either.

The way we live and work has been turned upside down in the span of a month, yet the things we need still must get from A to B—even if A to B is now someplace different..

COVID-19 And The Rise of Improv Video Production

The shelter-in-place measures of the Covid-19 crisis have forced a full stop to conventional video production.