On the surface, the move seems like an attempt to mimic Snapchat, Instagram’s primary competitor. And it wouldn’t be the first time the mobile app has copied Snapchat’s features. Instagram launched the very Snapchat-like video-based Stories back in August 2016, and the move was widely seen as a way to glom onto what was right with the competition. 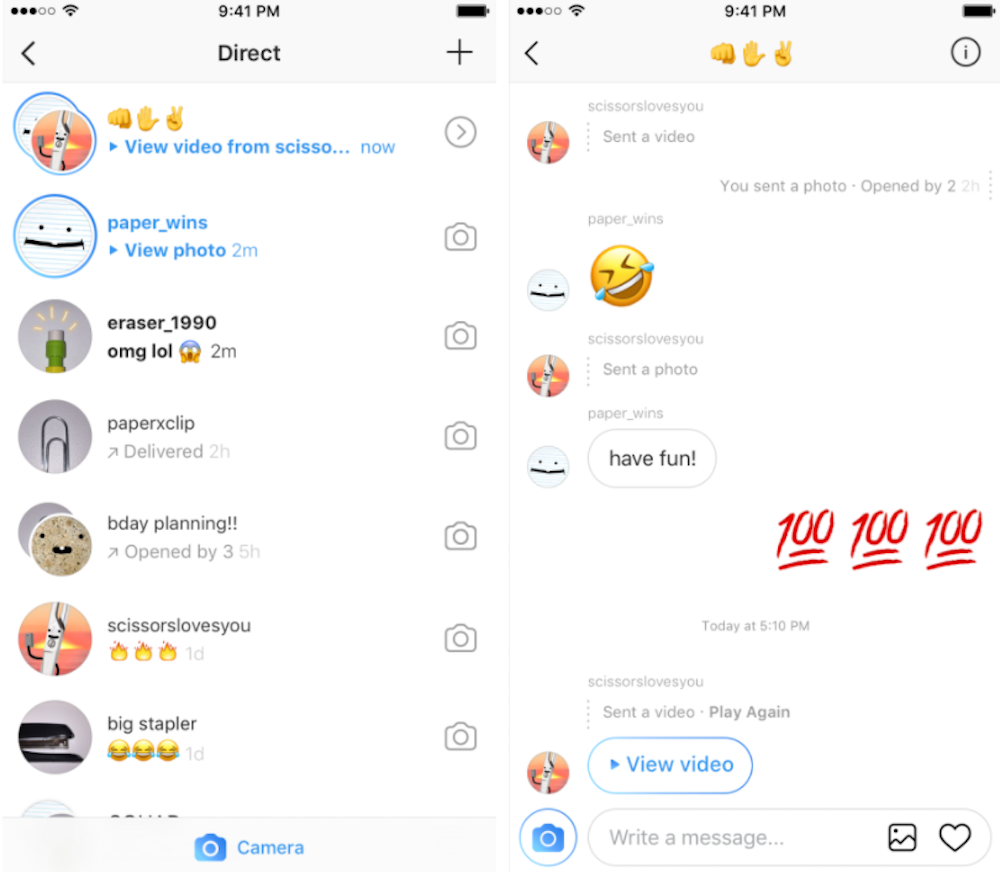 But Instagram isn’t just trying to keep up with the Joneses. They seem to be giving their users what they want, and they’re doing it with a slick, intuitive user experience that is super engaging. Instagram also announced that they will soon be rolling out an update that will give users the ability to replay sent photos and videos as well as replay (once) content that is sent to friends. This is a feature that avid Snapchat users have been requesting for a while.

Also, let’s not overlook the velocity by which users have adopted Instagram Direct’s ephemeral offering since November. In just 4 months, 75 million people added the function—a huge adoption rate that allowed the company to usher in its newest private messaging feature.

Unifying ephemeral and traditional messaging in Instagram Direct should be a boon for the platform and its users. It gives users the ability and ease to shift from public facing broadcast to private conversations, which is the very feature that has made Snapchat so popular among privacy-drawn Gen-Z, not a functionality or feature like “Stories.” 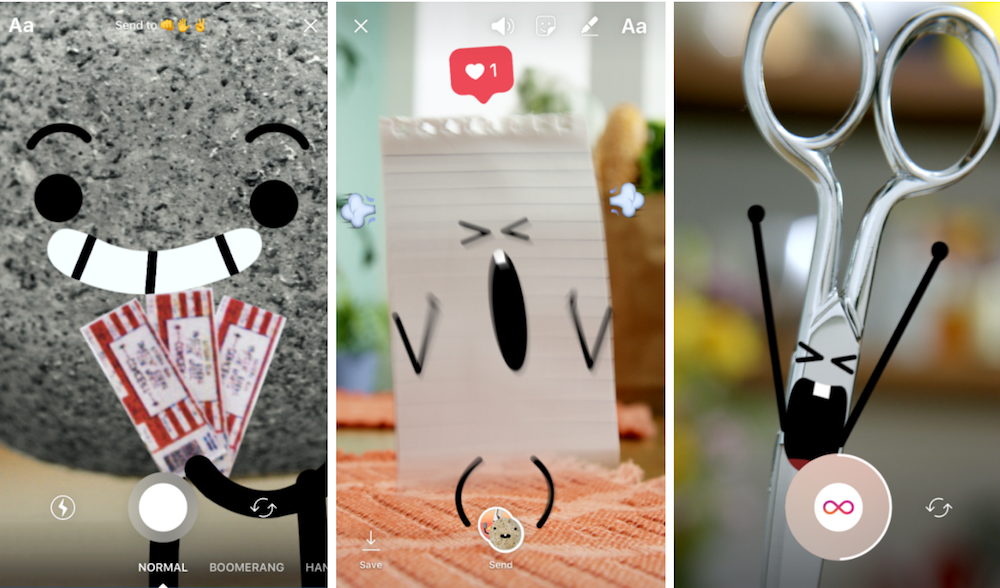 But there’s a bigger story at work here. With this refresh, what Instagram is actually reacting to isn’t totally competitive; it is behavioral. In fact, this new messaging feature is validation of the most current and potentially most disruptive shift in digital we’ve seen since the adoption of social. Social messaging apps have now passed social networking platforms in monthly active users.

It is the shift from social broadcast to social messaging, or the preference or utilization of 1:1 and 1:few communication, mimicking real life conversation as opposed to the 1:many broadcast we are more accustomed to with a simple “status update,” which is what promoted oversharing.

This shift in behavior originates from Gen-Z and Millennial users, audiences that index high for Instagram but were drifting toward Snapchat for more intimate forms of conversations. They prefer privacy and understand the difference between content and conversation with a distinct line in-between—something Snapchat pivoted to early on, thereby allowing them to become the preferred “in the moment” platform that led to their popularity and growth. 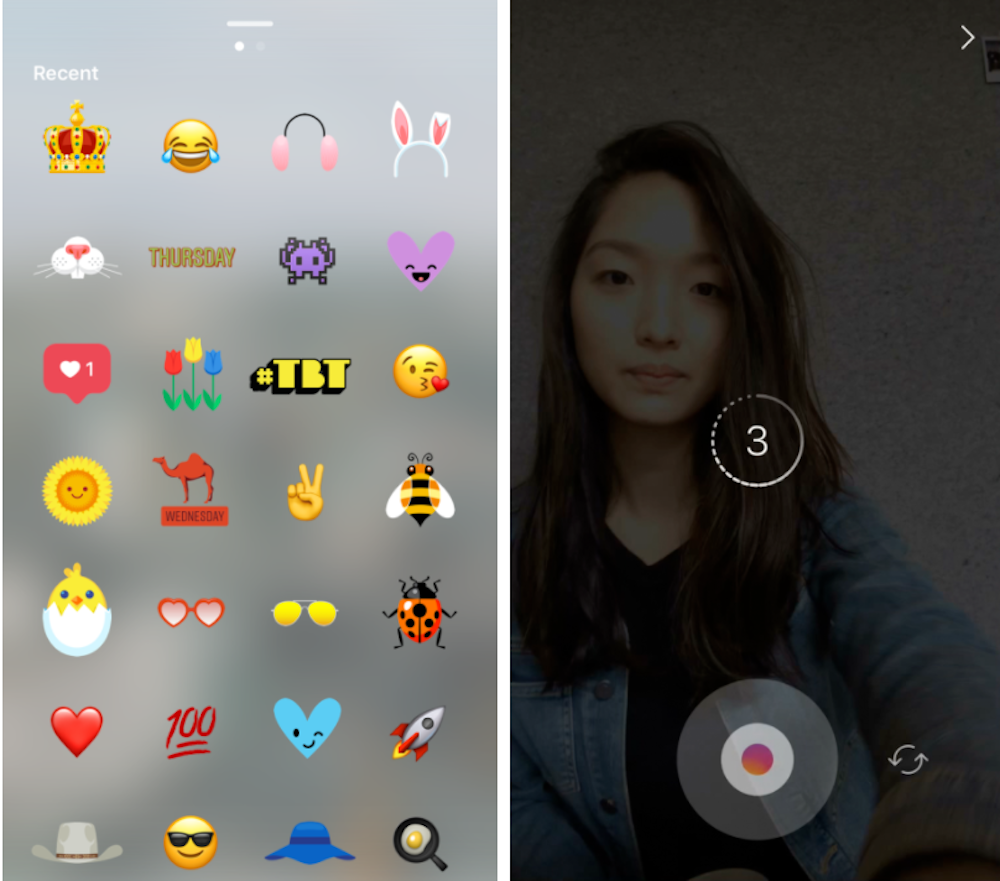 So what does this mean for marketers? We are not advocating that marketers start sliding into the DMs of their target audience. But it is smart to understand that there’s a newer version of social that isn’t contained by content distributed on a social media network but rather in conversations on social messaging platforms.

Here are two areas marketers and brands can think about as they prepare to join this shift from social media to social messaging.

1. Engage consumers through assets that empower them to express themselves creatively. Emojis were the first means of expression in messaging then Snapchat showed marketers the path to consumer engagement in social messaging by adding filters, lenses, stickers and bitmojis, all creative palettes by which users can express themselves with accurate context in conversation. Brands looking to make an impact without injecting themselves into conversation can leverage these items to increase brand engagement and promote connection and build affinity. Most recently, Apple has started adding engagement functions to their iOS and has seen over 5,000 apps with iMessage compatibility added or launched since September 2016 to keep users engaged.

– Keyboards and sticker packages are an easy point of entry. 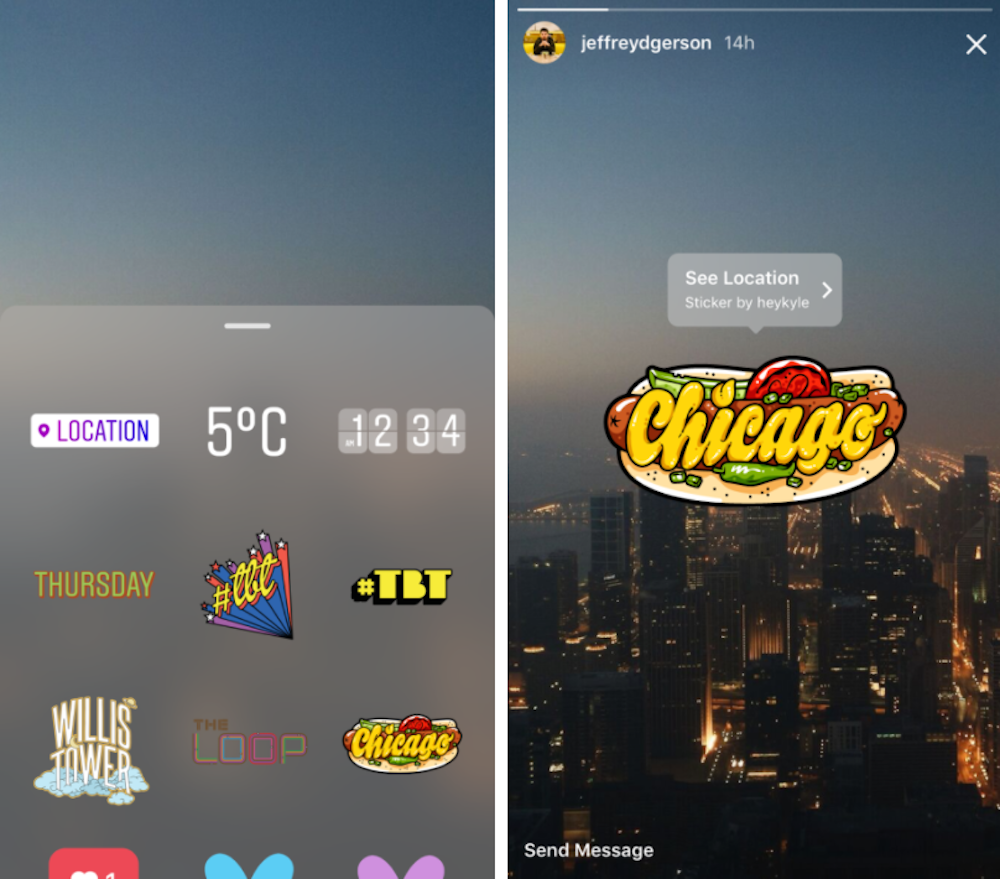 2. Prepare for more personal and immediate consumer response and support. As Instagram becomes more shoppable and more personal, the need to be able to answer questions or customer issues directly from the platform will become more necessary. To date, a brand’s external facing IG has a contact button but it generally takes the consumer to an email or a phone number. Response and response time will become more critical the closer the platform gets to messaging. This is an incredible opportunity to create a unique customer experience that can be handled by both a social response team and eventually also bots.

– Consumer to brand messaging is possible currently. To date, I have not received responses back from the brands I have messaged on Instagram.

Now that Instagram has integrated nearly all of Snapchat’s features into their platform we’ll eagerly await seeing how they capitalize on the momentum they’ve created and open up conversation for consumers and brands.

The Anxiety Of Influence

Facebook Takes Back The Spotlight From Snapchat, For Now